The GIs who chose China

The GIs who chose China

In a time when our country’s military is fighting so fiercely in many parts of the globe, it is fascinating to read stuff like this in BBC magazine —

Why? What was it about China in the 50s that appealed to them? Was it a deep philosophical connection or just a random act of men who wanted to experience an adventure? America was in the grip of the Cold War anti-communist fervor — to Americans at that time, this was like choosing hell over heaven. 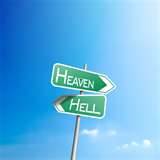 David Hawkins was 17 when he was wounded, captured, and held prisoner for more than three years. When the war ended he decided not to return home. “My reasoning was, they really have embraced this socialism so let me see what it is like – let me check it out,” says Mr Hawkins, now 78 and living in California.

Within a week of arriving at the camp, American GIs began to die.

The intense cold meant those who survived did not have to worry about the bodies decomposing, and in order to trick the prison guards into providing more food rations, they would prop the corpses against the wall so that it appeared there were more people in the room. Of the roughly 26 prisoners in Mr Hawkins’ room, only 10 made it out of the camp alive, he says.

“The one big thing I learned about going to China was how lucky we are here in the US. Our government’s not perfect but I think it’s one of the best in the world.”

That was a very tough lesson to learn.

Why I repeat this story here is to underscore the miserable choices that we face now at the Law Library. With filing fees are plummeting, we have had to layoff valuable staff and now we are cutting print resources that otherwise we would want to keep. There are no good choices, but they have to be made now to keep the library moving forward. Would it be any better to jump ship and work at a university or a law firm? There are choices out there, for sure. But the sort of like Hawkins, we are lucky to be working in one of the best law libraries in the world. It’s just that it pretty much sucks wherever you go. As my friend Professor Harry Tuffy would say: “True statement.”