It was a beautiful night to sleep out under the stars. I was participating in the Sixth Annual Sleepless San Diego, a fundraiser for the San Diego Rescue Mission that allows people to understand just a little bit what it is like to be homeless and sleep outside. 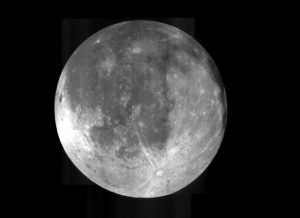 This was a particularly beautiful night in Liberty Station, and there were no homeless to be seen. Lots of co-eds from the local universities were snuggling up to their sorority sisters, some families, lots of folks from church groups — really nice people who care about helping others.

They were with hundreds of others who spent the night outside on 350 thin, green cots, hoping to raise awareness for the homeless in San Diego County. Others could opt for sleeping directly on the grass, or on a piece of cardboard. I was surprised and grateful that I raised almost $1,000 from the good will and generosity of my friends and family. But that is still such a small amount in the scheme of things.

San Diego County has an estimated 9,800 people sleeping on the streets each night. That is a sad statistic. Why do we have to do this to call attention to the homeless problem? If more money is not the solution, what is? New and better laws? Does it help to rouse sleeping people off the sidewalk so they can go sleep in the bushes? Vagrancy laws and others like them do not seem to be helping.