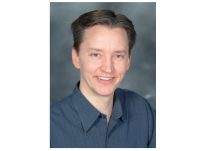 Notably, Stu represents more than 100 cartoonists in their negotiations with the major newspaper comic strip syndicates, and more than 400 cartoonists and writers in a mix of online, greeting card, book licensing and smaller syndication deals.

Stu is a lifelong fan of newspaper comics, and co-created weekly cartoons for his law school newspaper. But, it wasn’t until early 2002 that he began cartooning in earnest. Stu and his attorney wife, Maddy Dodson, draw and write their own law cartoons, Stu’s Views.  They have been published in several hundred print and electronic forums throughout the world.

To put it simply, Stu is the lawyer for cartoonists and the cartoonist for lawyers.

Learn the Law of the Beach at FREE MCLE Thurs., Aug. 12