Law and Comics is FREE and in Five Weeks

This year, we are proud to have Terry Moore and Stu Rees as featured guests at Law & Comics 7: Rise of the Independents. Long-time comic book fan and comic creator George Brewster will once again moderate the year’s panel. We are partnering with the San Diego Central Library to host the event in the Neil Morgan Auditorium on July 19, 4-5pm.

The panel will address the challenges that independent comics artists face as Hollywood’s impact and importance continues to grow in the comic book field. How do small press publishers and other independents carve out their own space?

Terry Moore is one of the most successful truly independent creators. He has published almost 200 issues, mainly in three series: Strangers in Paradise, Echo, and Rachel Rising, over the past 20 years through his Abstract Studio.

Stu Rees has a solo legal practice representing hundreds of cartoonists in syndication and licensing contracts, while his Stu’s Views cartoons have been published in several hundred print and electronic forums throughout the world.

George Brewster is a long time comic book fan and created the comic strip Cheetum & Howe, published over a 10 year period in the San Diego Daily Transcript. He is a Chief Deputy of the Office of County Counsel and has moderated our Law & Comics series since its inception.

Join Terry, Stu, and George for this lively discussion on independent creators and publishers. Hope to see you there!

Celebrate Juneteenth this Saturday!
Support Us by Shopping Amazon Prime!

FREE MCLE Starting a Business in San Diego Thurs., May 20 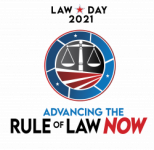