Justice Truc T. Do 2021 Witkin Award Excellence in the Adjudication of the Law 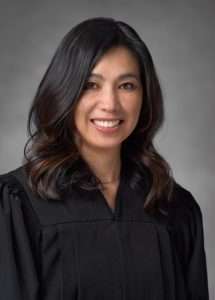 Justice Truc T. Do was nominated for appointment to the Court of Appeal, Fourth Appellate District, Division One by Governor Gavin Newsom on December 8, 2020. She was unanimously confirmed by the Commission on Judicial Appointments and took the oath of office on January 14, 2021. Before appointment to the Court of Appeal, Justice Do served as a judge of the San Diego Superior Court where she presided over criminal and family law courts.

Justice Do began her legal career as a litigation associate at Sheppard, Mullin, Richter & Hampton. She joined the Los Angeles County District Attorney’s Office in 1999 and, during her 10-year tenure as a criminal prosecutor, Justice Do prosecuted gang murders and violent crimes in the Hardcore Gang Division and crimes of significant public interest in the Major Crimes Division. In 2009, Justice Do joined Munger, Tolles & Olson in Los Angeles where she became Partner in 2010. In 2014, Justice Do returned home to San Diego and joined Jones Day as Partner in their Business and Torts Litigation Department. During her 20-year career as a lawyer, Justice Do has tried 76 cases to jury verdict, including 21 homicide cases.

Justice Do serves on the Advisory Board of the Vietnamese American Bar Association of Southern California and is a member of the Lawyers Club. She previously served as Trustee on the Board of Trustees for the San Diego Law Library and has served on several boards of nonprofit organizations dedicated to promoting equal access to the legal system for underrepresented and disadvantaged citizens in the community. 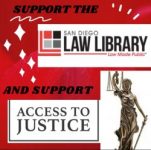