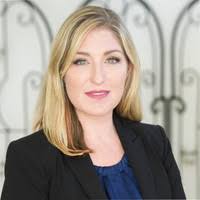 For anyone that knows Renee, they will not be surprised. She has been a leading light in the San Diego legal community and an active member of the Board of Directors for SDCBA since 2017, serving most recently as the Vice President. And, her dedication to our California legal community does not end there. She has also served as the President of California Women Lawyers, President of the San Diego La Raza Lawyers Association, and served on the Board of the Lawyers Club of San Diego.

In addition to being a community leader, she is also a much-lauded trial attorney. At Stackhouse, APC, her practice focuses on plaintiff’s personal injury, military, and criminal defense. Stackhouse holds a Martindale-Hubbell AV Preeminent Rating, which is given to attorneys by their peers for maintaining the highest level of professional excellence for their legal expertise, communication skills, and ethical standards. She has also been named a Super Lawyer for the past four years and has earned the Best Lawyer title for the past three years.  She was also part of the Witkin Award-winning Human Trafficking Collaborative of the Lawyers Club of San Diego. She is currently the co-host of the SDCBA podcast Meet & Confer (check out Episode 7) and a regular contributor to the San Diego Lawyer Magazine.

She is joined by the rest of the 2021 SDCBA Board of Directors: Michelle A. Gastil, Stacey A. Kartchner, Brenda Lopez, Angela Medrano, and Robert M. Shaughnessy have been elected by the SDCBA’s membership to serve three‐year terms on the Board. Marissa A. Bejarano, Hon. Victor E. Bianchini (Ret.), Roxy Carter, Warren Den, Nicholas J. Fox, A. Melissa Johnson, Wilson A. Schooley, Khodadad “Ko” Sharif, Kimberly Swierenga, Stephanie Atkinson, Immediate Past PresidentJohanna Schiavoni, and 2022 President-Elect David Majchrzak. Congratulations to all!