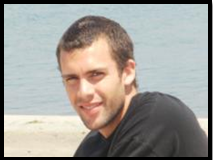 Anthony Santos discovered painting at the early age of 4 years old. He was first introduced to graffiti style art in the 4th grade while living in Sacramento, California, and by the time he was in the 5th grade, he had become a well-known artist in his hometown.

It was in 1998, while Anthony was in the 7th grade, that he brought his art style to canvas. He exhibited his first art show in 2002 where his art was marveled by how well his unique style combined acrylic with spray paint. As Anthony’s graffiti art culture began gaining momentum and more exposure in the art community, his worked evolved into what most considered calling fine art.

Anthony often uses the method called “background, middle ground, foreground”, which is intended to make his work look as natural as possible. Acrylic paints are often used as they tend to dry very quickly, allowing for the artist to paint many layers on the canvas at any given time. In addition, some of Anthony’s work uses symbolism. What interests the artist about using symbolism, is that it resembles the many life circumstances which could easily be related to, particularly when tying in with peoples’ emotions and current state in their lives.